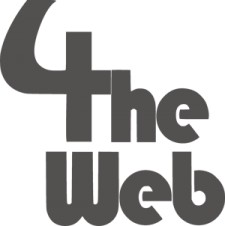 When native Coloradans Josh and Brittany Race were married in 2012, they knew they wanted to be their own bosses. But the question was, doing what? Up to that point, Josh worked more traditional jobs and Brittany built a steady revenue stream through affiliate marketing efforts online, but they were ready to hang their shingle and start a business that would build on each of their strengths.

The couple decided to use their technical and artistic prowess to design and build websites for companies in the Denver area and spent the next three years growing their customer base.   “Brittany and I have always had an entrepreneurial spirit and when we met, we realized we are a formidable team; she’s the brains of the outfit and I’m the face,” says Josh.   While working with their clients, Josh and Brittany realized that many of them needed more than just a great website, they needed the digital marketing that would help potential customers find them; Search Engine Optimization (SEO) and paid online advertising. In 2014, the couple shuttered their web design business and re-launched as a digital marketing agency helping business generate business online dubbed 4TheWeb.

4TheWeb initially had one additional employee and Josh and Brittany bootstrapped the company, using their own money and revenue to sustain the business. Soon, however, they realized that to be able to take on new clients and grow, they needed to expand their headcount. Unfortunately, there was not enough cash on hand to fund the growth. What they needed was a loan. This proved to be easier said than done. Despite having a positive and long-standing relationship with their bank, the business was unable to qualify for a loan.

One of the biggest hurdles 4TheWeb faced was a lack of credit. Not just business credit, but personal credit, which is a major factor in small business lending. Josh had none. Due to his aversion to debt, Josh had never had a personal loan or credit card and had built virtually no credit history. And in the world of financing, no credit history is just as bad as bad credit history.

The next step was to turn to the web and look for online lenders, as they typically have looser criteria for qualifications than traditional banks. After speaking with a variety of small business financing companies, Josh realized that the quick funding and easy approvals come at a high cost. Fortunately, he found Dealstruck. Dealstruck is a direct online lender that specializes in providing business capital to small businesses that are growing but not yet able to qualify for traditional bank loans. “Our mission is to provide loans that are appropriate and affordable,” says Dealstruck CEO, Ethan Senturia. He goes on to say, “There are alternatives out there that are attractive from a speed and ease of qualification perspective, but many are so costly that companies are unable to keep up with payments and are trapped in an ever expanding debt spiral.”

Josh was able to work with his Dealstruck Lending Specialist to secure an initial term loan that allowed 4TheWeb to access the cash it needed for significant growth. “Dealstruck worked with me despite my lack of credit history and helped us secure a $25,000 loan that allowed us to expand to seven employees, invest in promoting our business, and as a result, grow revenues exponentially. We were able to take that initial $25,000 and turn it into $125,000. And we aren’t slowing down,” according to Josh. Since taking the Dealstruck loan, the company’s revenues have doubled and they are ready to continue their growth. After successfully managing their first business loan and paying it off on time, 4TheWeb qualified for a new $50,000 loan with Dealstruck with an even more favorable interest rate which they will put to good use in scaling the business.

The loan from Dealstruck allowed the duo to continue the pursuit of their dream. “Dealstruck was the best fit for us and made everything very easy. [Dealstruck] took a chance on us and we knew we had a lot to prove to show it was the right bet.” And that’s exactly what 4TheWeb has done. The company is growing, building business credit, and Josh is building his at the same time.

Dealstruck prides itself on being a responsible partner in its customers’ growth and success and looks forward to many more years working with 4TheWeb.

Click here to view more of our Success Stories

Are you the sole owner of this company?

Do you have a partner or cosigner and thus are not control of 100% of the company?

Please input your partner/cosigner's details here, or review the information we already have on file. You cannot submit your application until you fill out all of these fields.

By submitting, you confirm the information about your business partner entered above is complete and accurate.